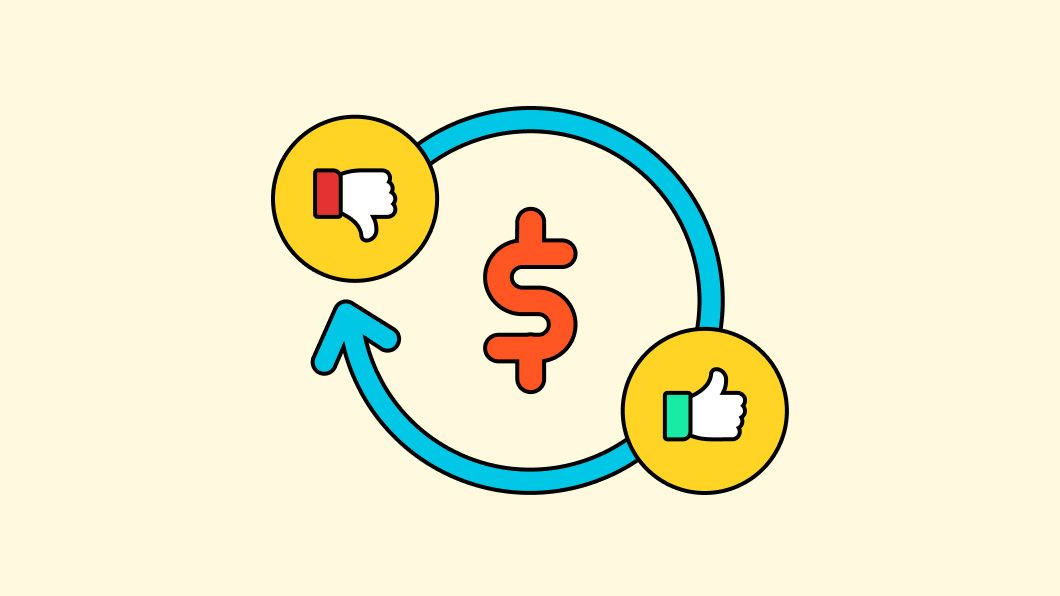 We are used to the things that happen in the usual way like the sun sets in the east and rises in the west. Stars appear during the night. We experience rains during the monsoon season.

We are prepared to react to things that happen to us often. However, a sudden change can make us think.

For instance, instead of snowfall, it suddenly starts raining in December. Or maybe one morning, the guard of your office says, “Hey dude, what’s up” instead of saying, “Good morning Sir.”

Prospects are also prepared to face the sellers who approach them to purchase a product. They know what to say or how to avoid the sellers.

But if you take a different route and say something contradictory to what the prospect is expecting, then that might make them ponder over the situation.

What I am suggesting here is to use the negative reverse selling technique.

Not quite aware of it?

Well, fright not, this blog will help you understand and use this effective technique successfully.

In this blog you’ll get to read about:

What is negative reverse selling?

Negative reverse selling is nothing but reverse psychology.

Well, reverse psychology is a smart way of persuading someone, where you convince a person by doing the opposite of what they expect.

For instance, you force a kid to eat, and they will play all sorts of tantrums to avoid eating. Obviously, they are getting a lot of attention; they ought to take some advantage of it. When instead of forcing, you ignore and make the kids starve, they value the food.

The parent in the above example is the seller, and the kid is the prospect. The seller (parent) is offering a solution(food) to the prospect’s problem (hunger).

The prospect (child) doesn’t pay much attention when the seller(parent) forces too much. Instead of asking when the seller (parent) behaves differently, the prospect gets startled and starts showing interest in the solution (food).

So, ultimately in negative reverse selling, you steer the wheel of conversation in a different direction by making statements or asking questions that are against your intended goal.

Often the prospects are ready with a shield for a typical sales pitch. They are prepared to be chased by the seller. However, instead of persuading, the seller makes unexpected statements or agrees by asking the prospect to elaborate more. This makes the prospect reconsider or explain the reason for their objection.

How was the term reverse selling coined?

Reverse selling methodology is a term coined by David H. Sandler as part of the Sandler selling system. This methodology is used to make the prospect realize that they need the product rather than the sales rep “selling” it to them. It works as an effective strategy in difficult situations while selling.

While fishing, you need to be patient. You shouldn’t hook right away when you feel the first nibble. Resist your urge and give the fish some line to run. Let it get serious about the bait and bite it; then, you can set the hook and reel it in.

The same is the case in sales. Where a prospect shows some signs, don’t jump directly to the closure. Your enthusiasm in closing the deal might evoke suspicion and drive away the prospect. Instead, give the prospect some space to think about your product by doing the opposite of what you want.

Rather than just focusing on selling the product, negative reverse selling encourages you to push the prospect by driving the conversation in the opposite direction.

Using this technique, you can test a prospect’s reaction to a specific aspect of your product. If the response is positive, you can delve deeper to explore the topic or move to something else.

Word of warning: Be careful while using this technique. If you don’t use it in the right way, you may appear rude to the prospects.

Prospects aren’t prepared for what you are going to say. A contrary statement or question should be framed appropriately. Use this sales technique diplomatically and selectively.

Ensure you don’t use it when you feel there are zero chances of the lead converting into sales. For that, you need to qualify and find out the hot leads to determine if there are chances of conversions.

Why is negative-reverse selling effective?

You walk into a retail store and explore different dresses. As you are touching the fabric of a dress, a salesperson comes to you and tells you the dress would look good on you.

Would you get convinced and purchase the dress?

Well, most of us repel from such pushy sellers.

Nobody wants to be sold to. Yes, a solution is needed, but the prospects are willing to discover it. A little help would be appreciated. But they wouldn’t want someone coming and straight away selling a product.

The basic notion that the prospect has about the seller is that they convince the buyer to purchase the product. The negative reverse selling technique challenges and subverts this notion. Often it makes the prospect think and reconsider the product instead of rejecting it, which is why it is so effective and preferred by various sales professionals in difficult scenarios.

Below are two examples of the negative reverse selling technique.

You have followed up with a prospect several times, but he either ignored your call or gave some excuse. So you take a different path.

Prospect: I am busy; can you call me later?

Sales rep: Sure sir but calling again would be bothering you at another time as I tried to reach you a few times and have heard similar responses. However, can you let me know if the [problem] is a priority for you right now as we can help you resolve and save [amount%]? If not, then I shall stop bothering you.

Instead of giving another chance to ignore, the sales rep was blunt and straightforward here. He politely conveyed his message to check if the prospect is genuinely interested in the solution.

By giving various excuses, the prospect is ignoring the real concern.

Prospect: As discussed in the previous call, I sent you an email for confirmation and followed up several times. But haven’t received any response. I even tried connecting via calls but failed. Typically this happens when the prospect is not interested in the product. Is it fair for me to assume that?

Sales rep: Sorry, but we don’t have the budget right now.

Often, the prospect hid the real concern. Here the sales rep pushed the prospect to open up and speak about their budget constraint.

Salesmate is one such best CRM that is a complete sales solution. It gives you clear visibility into your sales process so that you can know where the prospect is and take action in real-time. You can automate your follow-ups with its sequences and measure the effectiveness of your email campaigns through its email tracking tool. It is a smart solution for modern businesses that wish to grow.

An avid writer who likes to explore new fields and research about interesting subjects. She is a versatile content developer who plays with words to express her thoughts. Calm, carefree and creative are the words that describes her the best.

Lead generation is a necessity for your business that you can't ignore....