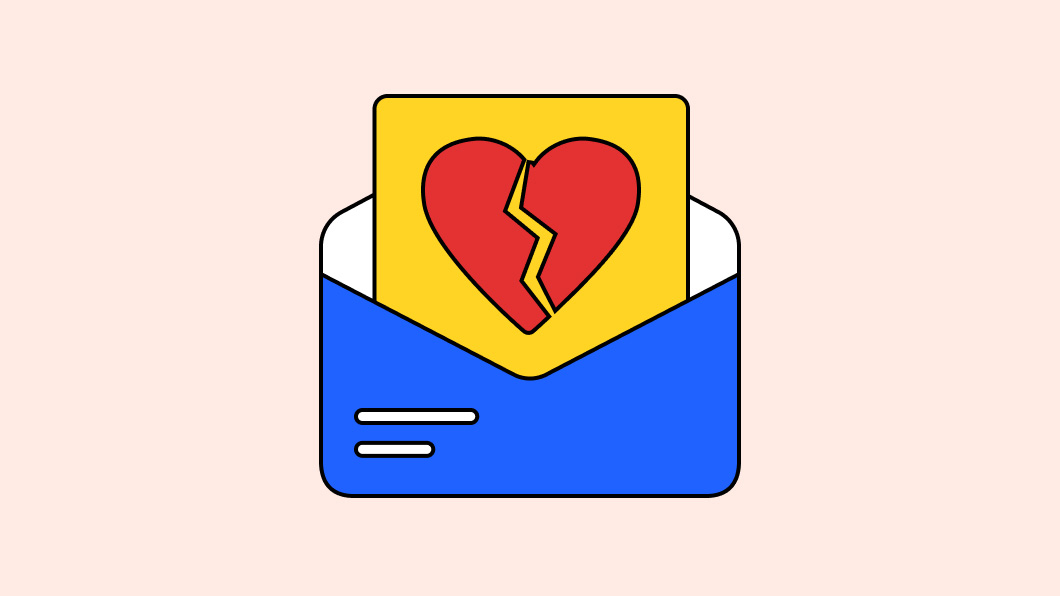 Breaking up or winning back the prospects? Write effective breakup sales emails

Breakup – a dreaded word that every individual wants to avoid in their professional as well as personal lives.

A breakup email is the last straw; you either get a response or lose the customer forever. Breakup email hands the power over to you as you’re the one discontinuing the conversation.

This may evoke interest in your prospect or help you filter out the potential leads.

We know it’s not easy to part ways with a client you had confidence in, but it has to be done.

So, let’s find out more about breakup emails and how you can close the loop (or maybe get a revert) with your prospects.

What is a breakup email?

A breakup email is a last attempt to communicate with a prospect that’s gotten cold without any reason. When you can’t get a reply from a prospect even after multiple follow-up emails, it’s time to acknowledge the fact that the prospect might not be interested anymore.

Below are some reasons why a prospect gives cold treatment and stops communication.

So, whenever you’re in such a situation, it’s better to lose contact rather than keep waiting on the impossible. Practicing breakup emails on cold prospects help you save time and focus on qualified leads and in some cases, you can also get a response from the prospect!

Do’s and Don’ts of writing a breakup email

Breakup emails are sensitive as they’ll be your company’s last impression on a prospect. And with more and more people using breakup emails casually, it’s become crucial to know which elements to add to your email and which ones to avoid.

There’s a time for sending a breakup email; you can’t just send one after following up once or twice. You need to have patience and only send breakup emails to prospects that have been cold for a long time.

You may feel demotivated to send a breakup email to a prospect, but trust me, in the long run, this practice will help you close more deals and build strong relationships with your clients.

When a prospect hasn’t responded in weeks, it’s safe to assume that they’re busy or they have moved on. Therefore, keep the email short and get to the point.

While this email ends all the contacts between you and your prospect, it also keeps one window open where the prospect can reach out to you if they require further assistance.

Whenever a new prospect enters the sales pipeline, a file with their contact details and requirements is made to help them in the best way possible. So, when a prospect is no longer replying, the right thing to do is close the file and move on.

This short email is highly effective as it not only ends the communication, but also erases all the data you have of that prospect, thus enticing them to respond if they’re interested in your product or services.

Did you have promising conversations with several prospects only for them to disappear on you? Well, it happens. In such a scenario, the best approach would be to send an email to close the loop once and for all.

The above email template is short, crisp and hits the mark. If your prospect is even a little bit interested, they’ll respond right away.

Breakup email #4 – Level up before break up

Well, a breakup doesn’t always have to end on a bad term, right? You can end the conversation and at the same time provide some value to your prospect to leave a lasting impression on them.

Breakup email #5 – CEO to save the day

If a high-end prospect stopped responding to your emails, it’s a possibility that you weren’t able to offer the right value to them. So, in such a scenario, the CEO can step in and communicate with the prospect to generate a response.

It’s observed that when an individual with higher authority reaches out to a prospect, they’re more likely to respond. So, it’s certainly worth a try.

Breakup emails have become famous since the last few years, and rightly so as they possess the power to bring back cold prospects.

You can personalize the email in your way and draft a breakup email that resonates with the situation. Sometimes, the timing isn’t right, and you might actually have a potential customer even when they’re not responding.

Therefore, ensure you try your best and send follow-up emails before you decide to shoot a breakup email to your prospect.