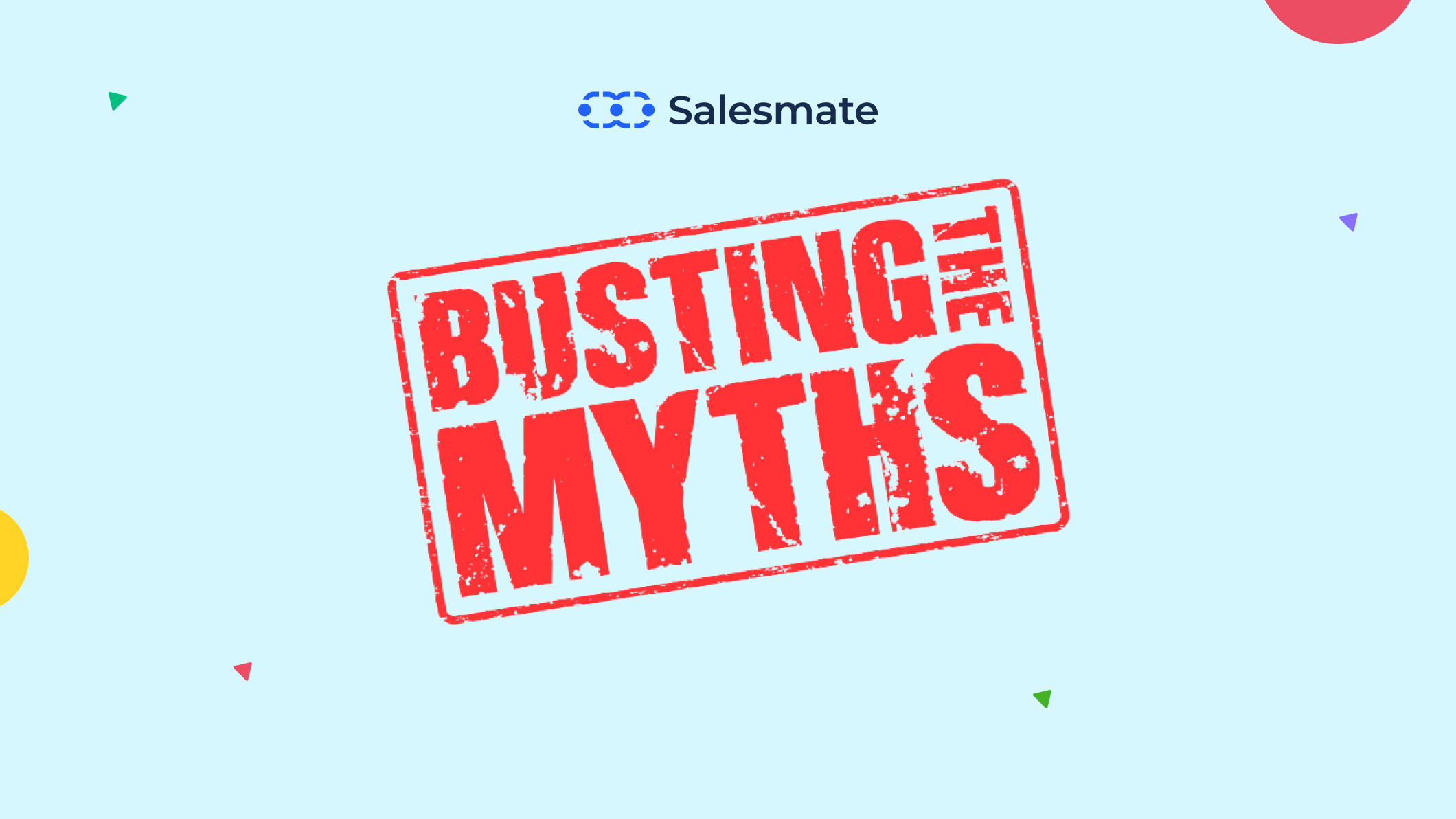 Busting the myth! Using sales scripts make you sound like a robot

There are various ways of engaging with prospects and leads, one of them being sales calling scripts.

Some sales reps prefer to reach out to their prospects without any preparation; however, this practice does not work on everyone and might backfire.

Sales calling scripts give you a head start when initiating a conversation with your prospects so you can keep them engaged and present your value proposition.

However, with every powerful statement, there’s a myth associated with it. Here, the myth is that using sales scripts makes you sound like a robot. Yes, this is the most common misconception sales reps have, thus they avoid reading from the sales scripts and end up losing potential customers.

Therefore, to bust yet another myth, I reached out to some sales experts this week, and the responses I got were surprising!

Do sales scripts make you sound like a robot? Let’s hear from the experts!

An untrained person reading a sales script will sound like someone reading from a script.

A trained sales professional who uses a proven script as a framework to engage with a potential buyer will sound like an expert.

All experts use scripts.

When you see a doctor, they ask you a set series of questions. When you ask a lawyer for legal advice, they have a framework of questions they run through.

The use of sales scripts and general cold outreach gives sales professionals a bad rep because they’re often used by incompetent management in an attempt to scale a sales force that doesn’t know how to sell.

Verdict – Sales scripts can prove highly beneficial when you know how to use them in your sales calling strategy.

It is a misconception that is not true in most situations. If you have any hesitance in your voice when reading the script, it can often translate to sounding scripted and robotic if they know what to look for.

To avoid this, try using the script as a guideline instead of using it word for word, making sure to add in feedback or emotions where necessary throughout the conversation, so you don’t come off as robotic when talking on the phone.

There are many ways of adding emotion into conversations besides just being “robotic.” For example, showing interest by repeating back some key information within a sentence or two will likely spark a more interesting conversation with whomever you’re speaking with over the phone.

Verdict – If you don’t want to sound like a robot, use the script as a guideline instead of being entirely dependent on it.

If you sound like a robot when using sales scripts, then your delivery is the problem and not the script. You are probably just narrating the script instead of having a conversation with your prospect. This makes your whole delivery impersonal and ineffective. Be conversational and concise, and make the script truly your own. Personalize it so that you can hold your prospect’s attention throughout. Finally, your focus and delivery should be on the prospect, not on your product.

Verdict – It’s the delivery of the speech that makes the conversation impersonal and ineffective, not the sales scripts.

This is a very common misconception.

Most top organizations use a structured sales pitch with their customers. Their sales expert makes a perfect sales pitch in the form of scripts for every customer, which matches the voice of their brand. That doesn’t mean it’s robotic; that means they have been given proper structure training.

I have been in sales for over 20 years. We focus, in part, on sales transformation and enablement. My perspective is that using scripts do not make you sound like a robot.  Reading from a script makes you sound like a robot. Having a script ensures that you remember the points you must convey during your conversation. With practice, you will no longer need them. What is worse? Sounding too rehearsed, or winging it and neglecting to convey to your prospect how you can make an impact?

Verdict – Reading directly from the sales script makes you sound like a robot, but when you use the key points in your speech, it can prove to be highly beneficial.

Sales scripts can make you sound like a robot. The point of them is to act as a framework while on a sales call — it’s up to an effective salesperson to use their personality and social skills to make the script work for them. No one wants to talk to a robot — our lives are automated enough as is. People are looking for a human connection.

Verdict – To provide a human connection when talking to prospects, use sales scripts as a framework rather than just a scripted conversation.

People tend to say sales scripts sound robotic and believe winging it somehow sounds more natural, which is not the case.

Take movies, for example; let’s say your favorite movie star is George Clooney. When you watch his movies, does he sound scripted to you? All of you would say no, he doesn’t sound scripted at all. And you would be right, he sounds 100% natural, but every word is 100% scripted. He had to memorize his lines and deliver them in a way where they sounded natural.

As a sales professional, you must do the same – memorize your lines, memorize questions you’re going ask your prospects and rehearse them so much that it comes out “naturally”, rather than robotic. In fact, one of the MOST important aspects of successful selling is making your sales conversation natural yet structured in a way that leads prospects directly down your sales process.

Verdict – Memorizing and rehearsing the sales scripts can humanize the process.

Well, now that we have our valuable input from the industry leaders, it’s clear that sales scripts are highly effective in improving the conversation. It’s up to you on how you utilize sales scripts in your prospecting process. So, the myth that sales scripts make you sound like a robot is indeed just a myth!

Busting the myth – Marketing is only to acquire new customers

Marketing is a process that requires consistent efforts if you want to get desired results. However, many...

Busting the myth! AI and Automation are no different

Technology has evolved exponentially over the years; now you can automate almost every task with the help of...

The main image of your brand is what customers experience. When the customers are satisfied with your products or...

Busting the myth! A great product will sell itself

If you came across a fairly new product in the market, for which you have never even heard of, would you dare to...

You are about to purchase a product, but there isn’t enough information. What...