Salesmate allows users to update win probability for each deal

As a Salesmate CRM user, you are already familiar with automatically setting win probability while defining your pipeline stages. We have updated the functionality; allowing you to set win probability for each deal irrespective of stage. This will only affect the deals where you enable manual changes by users.

Win probability brings a better depth of understanding to your sales forecast.

For instance, you have interacted with the client at a win probability rate of 20% in previous two stages, but the current conversation was better than last ones and you feel the client will close at a much better rate. You can reset the win probability of that particular deal.

Step 1: Enable the option of allowing users to set the probability on individual deal levels in your deal pipeline settings 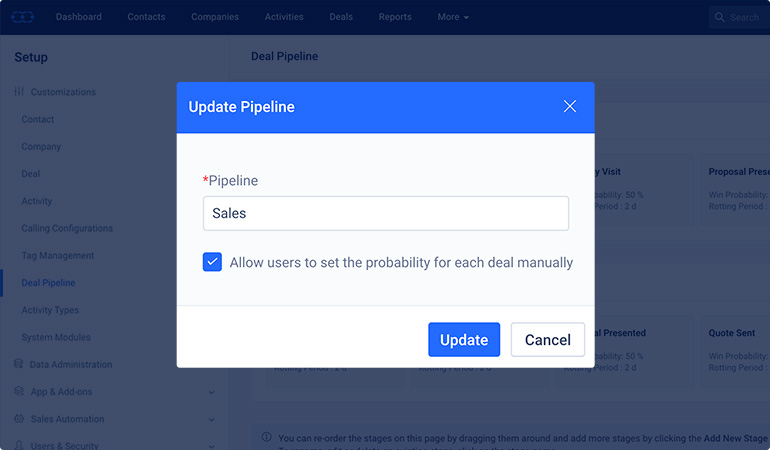 Step 2: Change the win probability of that particular deal 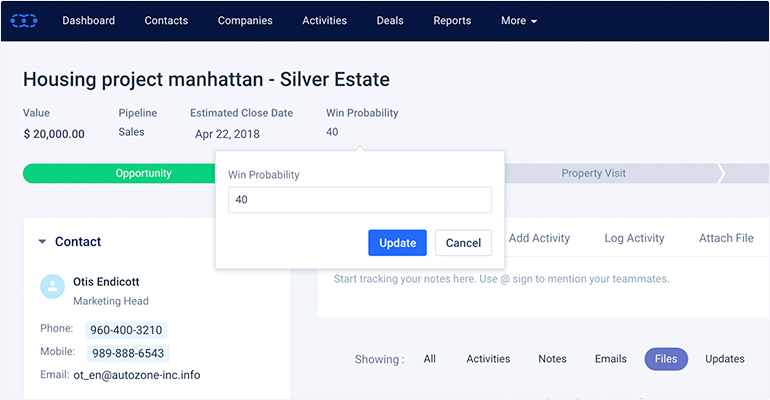 Here is a view of probability from your deal board view 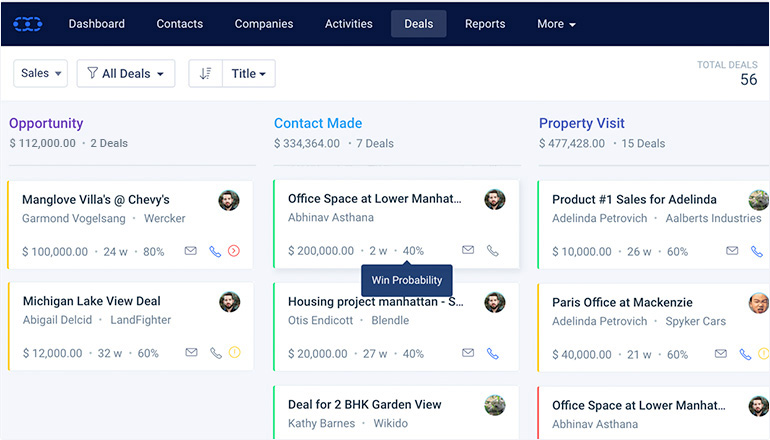 With our manual win probability functionality, you can say goodbye to all the unnecessary speculations concerning various deals. Have your sales team focus on to those deals that have high win probability.

Simply head to deal pipeline inside the setup menu, and and hover over the stages to edit and manage the win probability of that particular deal.

Want to know more about how you can manually set win probability, check out our help portal.

A writer with an uncommon funny bone and a knack for perfection, Saptarshi loves to write about anything that can be of help to businesses, people, and dogs! A true human at heart, he likes to spend most of his time researching the internet to find ways technology is influencing our daily life (positively).

Year in Review 2022: Leveling up UX & productivity, one update at a time!

It’s 2023, and Salesmate team is so excited!  But before that, we should pause, look back, and evaluate...

Customize Web Forms to match your branding guidelines  Salesmate Web Forms can be embedded into your website...

Salesmate Score: Spend your time on the most relevant prospects

This May, Salesmate is bringing Formula Fields, that’ll help you create custom formulas and use them for various...

With more than 95% open rate, SMS is still one of the trusted channels to deliver crucial messages for...